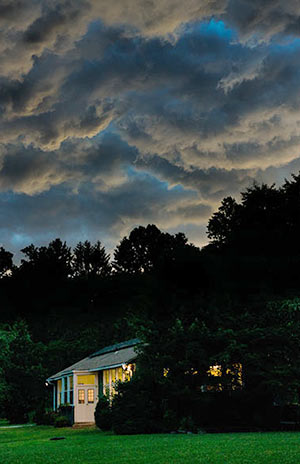 Ted Rosenthal, the attorney who often represents the three Ardens, continues to explore options for possible governance changes for The Buzz. He has begun discussions with the current Buzz Ware Village Center Committee.

The three town chairs of The Ardens met on Friday, April 18, with Ted Rosenthal, the attorney who often works with the three villages. He is helping us explore options for possible governance changes for The Buzz. Below are the notes Enno Krebbers made of that meeting.
–Danny Schweers, 302 475-0998

“The town chairs of the three villages met Friday afternoon, April 18, 2014, with Ted Rosenthal to discuss the governance of the Buzz Ware Center.  Ted is the attorney and professional mediator who has helped all three Arden villages with various matters over the past years.  After some discussion of the history and recent events, Ted noted that the issues discussed are common to nonprofit centers and mentioned a few ideas that have been tried in similar contexts.  But it was agreed he needed more understanding before making specific recommendations for the Buzz.  It was agreed that Ted would attend a regular meeting of the Buzz Ware committee in the next couple of months, and would also be provided with some background documents, including relevant insurance policies and original documents establishing the committee.  His goal will be to determine if the structure is “legally efficient”, meaning is the best way to accomplish what the community desires and suggest any modifications that would enhance that.  After attending a meeting and examining the documents, Ted anticipates making recommendations which the chairs will present to their towns at appropriate meetings this spring or summer.”
–Enno Krebbers, Chair, Ardentown Town Assembly

Shall the three Ardens share responsibility for the Buzz Ware Village Center? This is a possibility currently being explored by the chairs of Arden, Ardentown, and Ardencroft.

On January 4, 2014, the chairs met. Click here to read Enno Krebbers’ notes on the three chairs’ first discussion of the possibility that the three villages would share responsibility for The Buzz.

The exploration of possibilities has just begun. Before it concludes, there will be ample time for all residents of the three villages to have their comments heard. Now is not that time. Even so, feel free to call your village’s chair if you have questions or comments. Note that nothing can be formalized without the approval of each village in an open vote.

2nd Tuesday, 7:30-8:30 p.m.
Via Zoom teleconference.
Discuss village governance with officials of the Village of Arden, Delaware.
To learn how to join us by teleconference, contact the Town Assembly Chair, Jeffrey Politis, at ardenchair@arden.delaware.gov.

The Quarterly Meeting of the Town Assembly will be held Jan. 23, 2023. The meeting will be held in person in the Gild Hall. You … END_OF_DOCUMENT_TOKEN_TO_BE_REPLACED

Here is a the most recent list of who serves on which committees in the Village of Arden, Delaware, and who serves as officers. … END_OF_DOCUMENT_TOKEN_TO_BE_REPLACED

• Collection is Tuesday morning for all three villages. Watch this website, bulletin boards, and village emails alerts for the … END_OF_DOCUMENT_TOKEN_TO_BE_REPLACED

To learn more about best practices for records management and about handling Freedom of Information Act (FOIA) requests, Village … END_OF_DOCUMENT_TOKEN_TO_BE_REPLACED