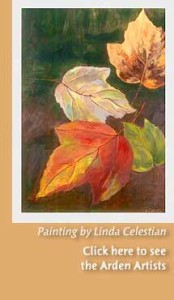 I. Objectives and Principles

The Village of Arden has two objectives in its stewardship of the village forests:

These general principles have guided the development of stewardship policy and should be taken into consideration in interpreting and applying them:

Local cultivation of many species of plants from foreign ecosystems has resulted in inadvertent introduction of plants into our forests for which there is no locally-evolved population control. Some of these propagate rather slowly and do not tend to move far from their original location, but others are quite invasive, move and propagate aggressively, displacing the native plants and creating a monoculture of the alien plants.

Some of these plants are considered valuable in the controlled garden environment of a leasehold. Examples are English ivy (Hedera helix), pachysandra (Pachysandra terminalis) and myrtle (Vinca minor). A few were thought to be nice in the garden but turned out to be too much even there – lesser celandine (Ranunculus ficaria) being one of the worst. Some others in our woods are kudzu, Japanese honeysuckle (lonicera japonica) and multiflora rose. The principal woody alien is the Norway Maple (Acer platanoides) . This tree is used as a dense shade tree on some leaseholds, but it seeds in quickly and will out-compete native trees in the forest and prevent their propagation. Arden forests are not badly infested with Norway Maples at this time, but the Naamans Creek hillside in Ardentown is completely infested.

D. Trails and areas of repose

F. Buildings or other construction

G. Cleaning up the forests

The Forest Committee will develop and maintain a procedures manual, including a calendar, spelling out the actions needed to fulfill its responsibilities as defined in this policy.

I. Use of the Forests

The Forest Committee has been given responsibility by the Village for making rules associated with use of the forests.

2nd Tuesday, 7:30-8:30 p.m.
Via Zoom teleconference.
Discuss village governance with officials of the Village of Arden, Delaware.
To learn how to join us by teleconference, contact the Town Assembly Chair, Jeffrey Politis, at ardenchair@arden.delaware.gov.

The Quarterly Meeting of the Town Assembly will be held Jan. 23, 2023. The meeting will be held in person in the Gild Hall. You … END_OF_DOCUMENT_TOKEN_TO_BE_REPLACED

Here is a the most recent list of who serves on which committees in the Village of Arden, Delaware, and who serves as officers. … END_OF_DOCUMENT_TOKEN_TO_BE_REPLACED

• Collection is Tuesday morning for all three villages. Watch this website, bulletin boards, and village emails alerts for the … END_OF_DOCUMENT_TOKEN_TO_BE_REPLACED

To learn more about best practices for records management and about handling Freedom of Information Act (FOIA) requests, Village … END_OF_DOCUMENT_TOKEN_TO_BE_REPLACED